Happy End of January to you all!

I hope you survived the holiday season, maybe even enjoyed it? And are now getting ready for the spring…

It is a well known fact that January is a challenging time of year for many people. The Christmas excitement is behind us, which means no excuse for consuming enormous quantities of chocolate and alcohol :-( Christmas lights are back in their boxes, and we feel almost literally left in the dark. A deep, cold, bitter and empty feeling within and with-out.
Oh, it sounds so gloomy, let me put a cheerful photo here: 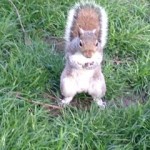 But, as every Yin has its Yang, and the other way around, it can’t all be bad. You have to admit that the days are slowly getting longer,  the daffodils are popping out, and that from time to time, when we get a clear sunny day, things can look hopeful! :-)

So don’t despair! Easter will be here before you know it, and we can all stuff ourselves again with chocolates! Life IS exciting after all. 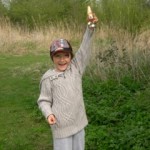 I am often being asked about the differences between Tai Chi (Taiji) and Chi Kung (Qigong)
Therefore I have decided to dedicate this newsletter to explaining a little about Qigong.
(Taiji is a modern Romanised spelling called The Pinyin system, while Tai Chi is the traditional spelling (Wade-Giles system). The Wade-Giles system was problematic because it did not set international standards, therefore, Chinese words were spelled differently by different authors (for example yang/iang, tao/dao) and caused confusion for readers. The Pinyin system was developed in the 1950s based on earlier forms of romanisation. It was published by the Chinese government in 1958. The International Organisation for Standardisation adopted Pinyin as the international standard in 1982.)

Qigong is known to be at least 2,500 years old, but there is evidence that indicates its roots as far back as 5,000 years ago.

The word Qigong is made up of two words; Qi is pronounced chee and means life force or vital-energy (that flows through all things in the universe). Gong – pronounced kung, means accomplishment, or skill that is cultivated through practice. Thus Qigong means Cultivating Life Force. It is a system that is practiced for health maintenance, healing and increasing vitality. As a practice it consists of a combination of movement, self-massage, meditation, and breathing.

Qigong is looked at, and indeed is being called by some as Nurturing Life (Yang Sheng). Under the term Yang Sheng comes all that contributes to physical, emotional and spiritual balance, not only within ourselves as humans but between ourselves and all that’s around us; plants, animals, nature-the whole universe.

In a way, Tai Chi can be considered as the most well-known and popular moving form of Qigong. It is essentially meditation in motion, as are all moving forms of Qigong. Qigong practice per se provides the energetic foundation of Tai Chi. Tai Chi works as a whole-body whole-mind exercise, whereas Qigong, in part, works more specifically on different systems or parts/organs of the body, such as the digestive system, the respiratory system, kidneys, lungs etc’.  But, there is no doubt that Tai Chi and Qigong are closely related, and most teachers of Tai Chi combine Qigong sequences into their lessons. Tai Chi, Qigong and Yoga- all work with the breath, intention, and focus. Tai Chi, most forms of Qigong, and some types of Yoga add movement, which creates additional health benefits.

Tai Chi consists of learning and then practicing a specific form. Each form is a set of postures and movements that take many months to learn, and a lifetime to perfect. By contrast, the majority of Qigong forms can be learned quickly because they involve repeating a single movement or small number of movements.  Taking individual movements or postures from a Tai Chi form and practicing them by themselves is basically turning each of them into a Qigong form (often referred to as “Tai Chi Qigong”). Such is, for example, the Shibashi sequence.

Qigong develops both inner and outer body awareness. Through focused attention we become aware of our body – where we are relaxed, where there is tension or discomfort, or according to Chinese medicine –where our body’s energy is imbalanced and blocked. With the help of focused intention and gentle breathing and movement we can then begin directing qi/chi into these places and thus open the congested passages. We learn to communicate with our own body by sensing it correctly, listening to its needs and responding to them.

Qigong can contribute to the healing of our emotions as much as to our physical healing. According to Chinese medicine there is no separation between body, heart and mind, (or between the physical, the emotional and the spiritual) which are merely three different aspects of the human being. As such, experiencing fear, anger, sadness, frustration or jealousy can cause rigidity of body, exhaustion and pain, if unattended.

Barbara Brown, a therapist and a Qigong teacher, says: “ (when practicing Qigong) We do not need to analyse these states,(of fear, frustration etc’) but to bear witness to their presence in the body, breathing into them, bringing to them a state of balance, gentleness, and grounding “

Some of you, I know, have already experienced alleviating or dissipating pain by using gentle Qigong ‘bending and folding down’ exercises, by breathing into the centre of the pain in the body, or just through focusing on breathing paths, which enables a shift of focus and attention away from the pain.

In the past year I have received feedback from at least six or seven different students who used different Qigong breathing exercises as preparation for and during a complicated dental appointment, cataract operation ( which is usually done using local anaesthetic only, and therefore can be unsettling as you hear the surgeon in action and are fully aware of the process), or other surgeries. The feedback is always the same:

Of course it does. Otherwise the Chinese would not have bothered to practice it for thousands of years and to integrate it into their rehabilitation programme in many of their hospitals.

In his book ‘The Way of Qigong’ Kenneth Cohen writes:

” Is Qigong an art or a science? The Chinese have always said, unequivocally, ‘both’. Qigong is an art because it is a conscious arrangement of posture, movement and  breath that creates beauty in the human mind and body. It is also an art in the sense of being a skill achieved by diligent practice. Qigong is a science because it includes the testing and investigation of healing techniques through centuries of trial and error and careful observation. The Chinese philosophy of energy storage and flow provides a theoretical explanation of how Qigong works. Qigong has also been rigorously tested  according to the standards of Western science, producing measurable, statistically significant, and replicable results. (Both Chinese and Western scientists conclude ) that practicing Qigong causes specific healing effects, with a high degree of reliability”

We can conclude with a smile, that it is within the power of each one of us to experience brief moments of being both an artist and a scientist as he or she practices Qigong.